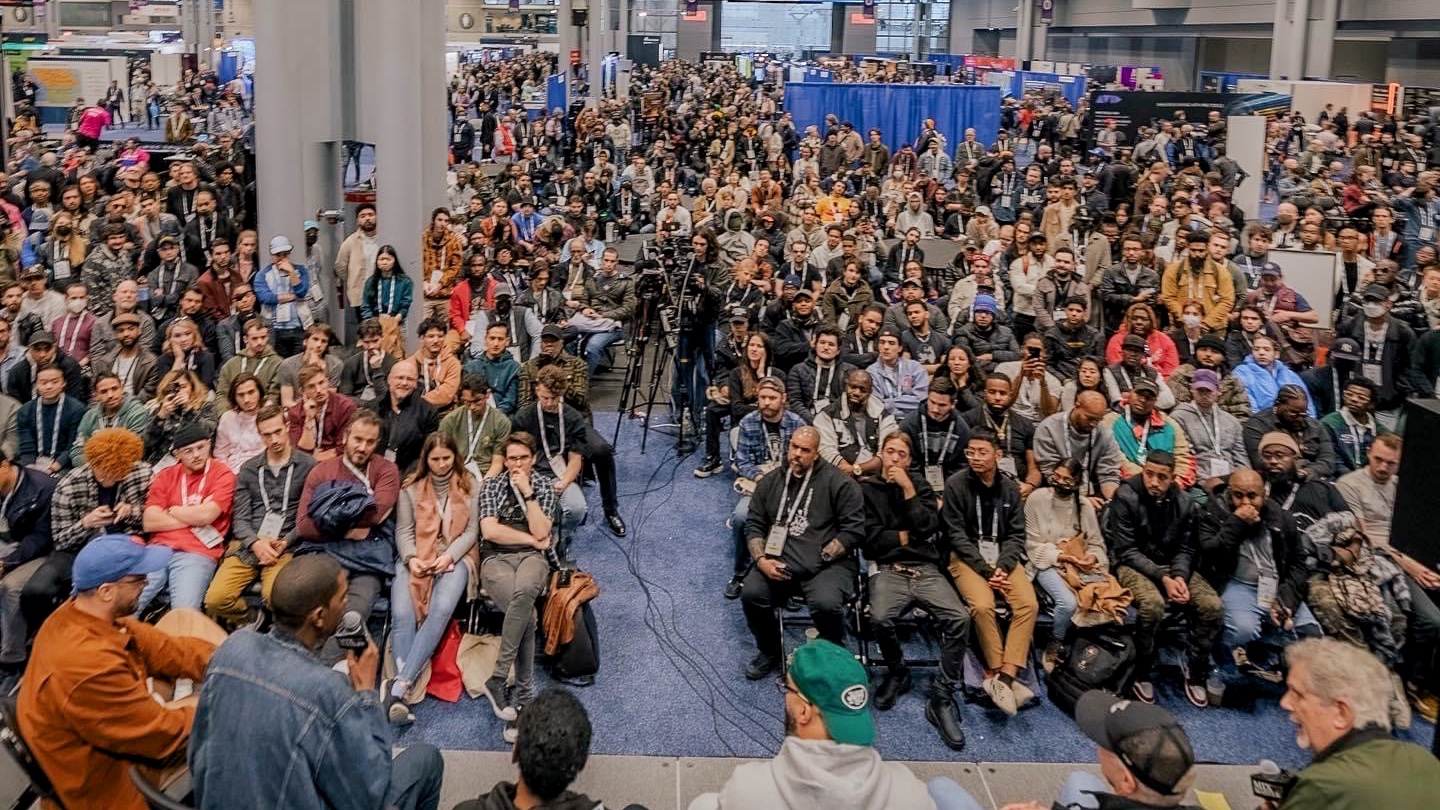 — From the moment the Convention opened, right up until the close, AES New York 2022 was packed with professionals and students alike, all confirming that “If It’s About Audio, It’s at AES” —

The AES made a triumphant return to in-person international-scale events in New York from October 18-21. Registration for the 153rd International Audio Engineering Society Convention came close to 7,000, which, combined with the co-located 2022 NAB Show New York, drew 16,500+ content creation professionals to Manhattan’s Javits Center. The Exhibition floor featured more than 100 audio exhibitors among the 350+ brands showcasing their latest offerings.

From the opening day’s new Skill Building Sessions through the TechTours on the last day of the show, an enthusiastic cross section of the audio industry gathered for an outstanding lineup of events, including standing-room-only Keynotes from Jack Antonoff and Susan Rogers.

With the return to an in-person event, the 153rd AES International Convention once again served as the core meeting place for many of the top engineers, producers and innovators in the world of audio as they came out in full force to catch up on the latest industry happenings, and also encourage and inspire the next generation. “I’ll tell you what, I am the happiest guy to be back here in New York City at AES because this is where the family is, this is where our family is. AES is driven, and it’s great to see everybody, and the energy this year is amazing,” said five-time GRAMMY®-winning mix engineer Chris Lord-Alge about the Convention, where he took part in several high-profile Tech Program and Mix with the Masters sessions.

The amazing industry turnout was nowhere more evidenced than in the bustling Exhibition Floor aisles, demo rooms and experience stages as attendees were treated to product debuts, hands-on demonstrations and opportunities to make meaningful connections with the brands that are so integral to their lives. “We have had a very, very successful couple of days here at the AES Show,” said Hannah Bliss – VP of Marketing, North America, for exhibitor Focusrite Group U.S. “One thing that was really surprising is the increased number of students and their level of engagement. They’re asking about professional development. They’re asking about jobs. They’re not just asking about tech. There have been a lot of musicians and studio owners, also. We’ve had three years of not being able to see gear, touch gear, talk to manufacturers, so everyone seems really engaged.”

Neumann’s Jennifer Lee, Trade Marketing Manager, Pro Audio/East, shared similar sentiments during the Convention: “We have been having a fantastic show, showing our end-to-end solutions at the booth, and showcasing our immersive setup in our demo room. We’re here featuring our new M 49 V microphone and KH 150 monitors, and it has been packed.”

Avid also made a strong showing at the AES New York 2022 Convention, hosting the Avid Partners Pavilion as well as their own booth on the show floor. Avid’s events technical supervisor Matt Diggs commented, “We are so excited to be back at AES New York. We have new products on display with Pro Tools | Carbon and the new M-Box Studio and happy to be back here with everyone in person, after such a long break, and we will see you at the next show.”

“The enthusiasm and excitement were electrifying as the community of audio professionals gathered in-person in New York for the first time in far too long,” said AES President Josh Reiss. “The aisles were quite literally packed with attendees who came together to immerse themselves in the world of audio, meet with old friends and make new ones, discover cutting-edge ideas, reinforce and expand knowledge and skills, explore the latest tools with hardware and software developers and gain insights into what’s to come in the future, this 153rd AES International Convention had all the hallmarks that have made AES Conventions so crucial to professional audio for nearly 75 years.”

Exhibitor bookings and preliminary information for next year’s AES New York Convention, taking place October 25-27, 2023, will be available this December. Additionally, the AES invites the audio community to join its 75th anniversary year’s AES Europe 2023 Convention, May 13 – 15 at Aalto University in Espoo, Finland

About the AES New York 2022 Convention
The ultimate audio experience began in New York City with the return of the AES in-person Convention on October 19–20, with additional training opportunities on October 18 and Tech Tours and Networking events on October 21. On October 26–27, our online event will bring its own separately curated program of workshops and papers to a world-wide audience.