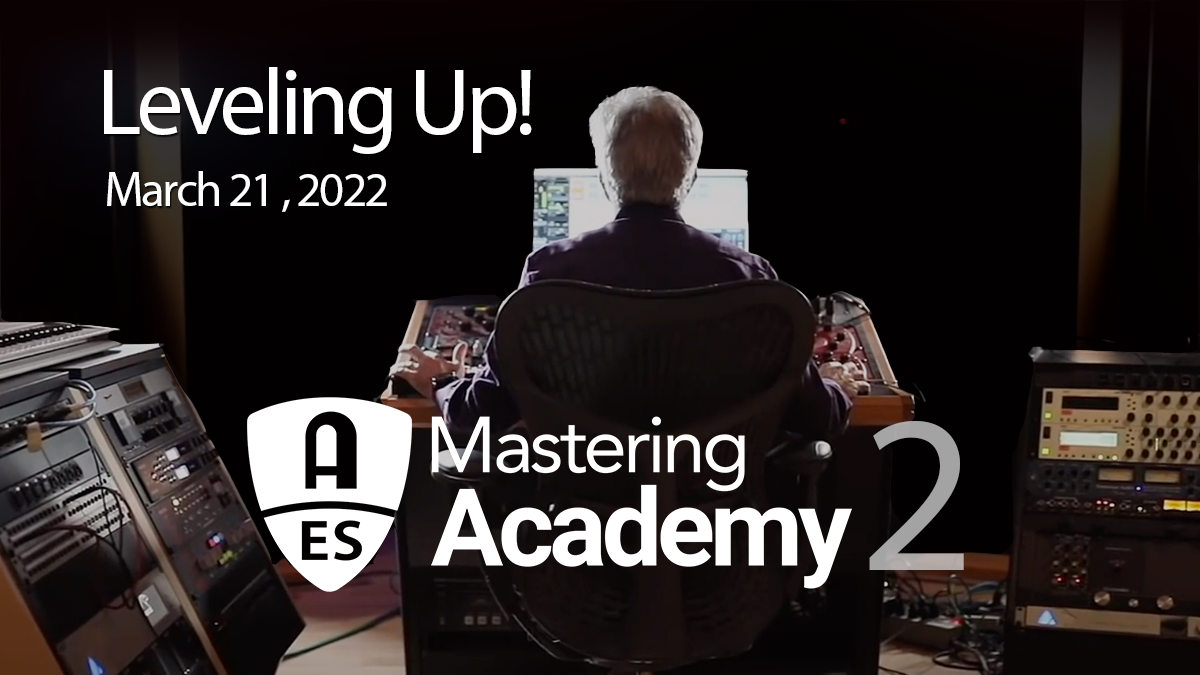 Introducing the second in the AES Mastering Academy series. This follows on from the highly successful introduction Academy from November.

The AES Mastering Academy 2, March 21, 2022 is a live online event, providing a deeper dive into the process and and techniques of the engineer, with a wide-range of industry professionals who will provide experience, knowledge, advice and guidance.

Included in this event will be Mastering Immersive, Bob Katz Masterclass, Mastering Deconstructed with Michelle Mancini and Luca Pretolesi, plus a Partner workshop.

The AES Mastering Academy 2 provides a unique opportunity to participate in this highly anticipated and focused event.

As we have demonstrations using Audio Movers, numbers are strictly limited.