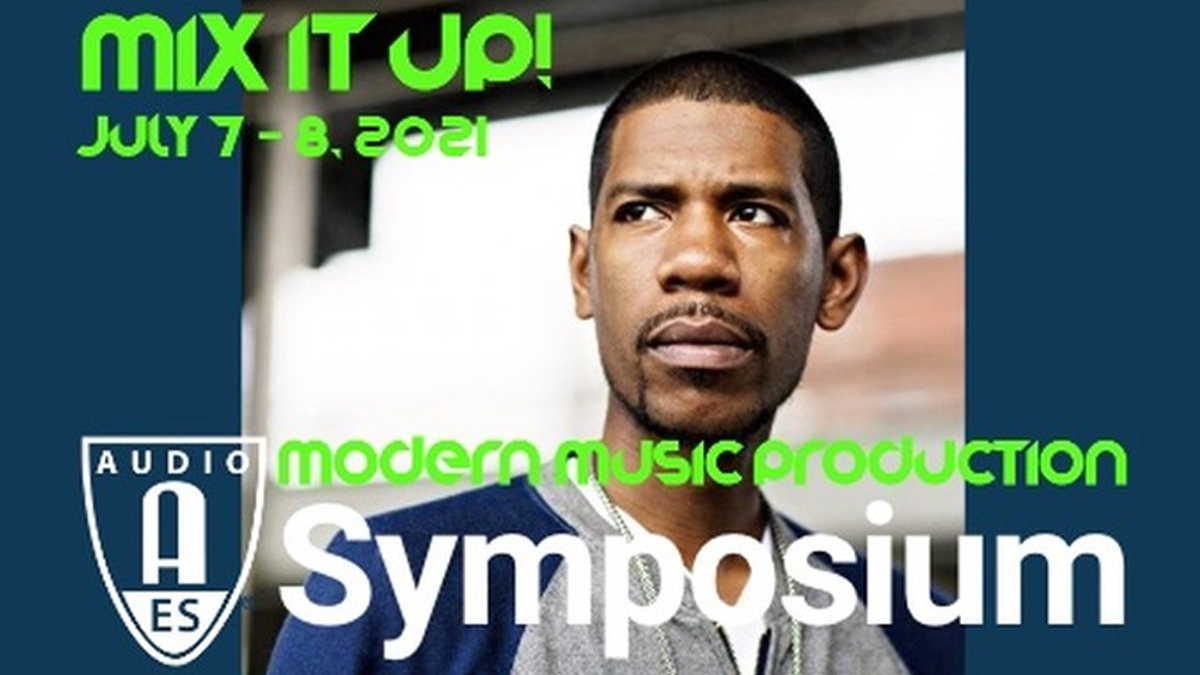 Share on email
Share on twitter
Share on facebook
Delving into the current and ever-evolving landscape of new technologies, workflows and ways to enjoy audio, the AES Modern Music Production Symposium aims to both unite the growing producer and engineer community, and encourage and inspire attendees to push the envelope into new realms of possibility

One of the biggest game-changers in modern music production is the rapidly evolving arsenal of technological tools available to end users and how the exchange of ideas and innovations influences their use, guided in part by the unitive organizations such as the AES that foster such conversations. The Audio Engineering Society invites you to explore the evolution of production tools and techniques at the AES Modern Music Production Symposium, taking place online, July 7 – 8, from 12pm – 4pm ET. Featuring presentations from a diverse group of cutting-edge producers, engineers and artists, the event will explore technical, social and musical aspects of production from a variety of industry perspectives. Multi-platinum, GRAMMY®-winning engineer/producer Young Guru will give a keynote address moderated by Maureen Droney, Recording Academy® Producers & Engineers Wing® Senior Managing Director, offering insights from his decades-long career as a pioneer of the sound of modern music. Registration for the entire two-day event is $20 for AES members ($40 for non-members) and includes on-demand replay for a limited time after the streamcast. The AES Modern Music Symposium is chaired by Paul “Willie Green” Womack and the event is sponsored by Gold Partner The Recording Academy Producers and Engineers Wing.

“What excites me about new audio technology,” states Womack, “is that I can create things that originate in my head, using tools that we couldn’t even have imagined a few years ago. Part of being creative is creating new ways to do things, and there are more new offerings available now to work with than ever before. As the AES and other forces continue to unite the industry, lifestyle and passions of myself and other creators and innovators, I see it as a situation of infinite possibilities.”

Multiple facets of popular production techniques and workflows will be discussed throughout the two-day event, such as in the session “Relationship Goals: Exploring the Relationship Between Engineer and Vocal Producer” in which Gloria Kaba, Simone Torres and moderator Jeanne Montalvo Lucar, will investigate the engineer/artist experience and how the interaction of the production team can make or break a record. Another session, “Classic Pedigree Modern Techniques: Bad Boy Records,” will take a case-study-style approach in examining one of the most successful record labels in modern music in a discussion with Stephen Dent and Prince Charles Alexander, moderated by Symposium Chair Womack. Alexander and Womack will further discuss changing trends in music and connected technologies, as well as ways to open up further discovery and innovation for both producers and consumers, in the session “Connectivity Issues: Who Is Listening to Hip-Hop?”

The session “Modern Software for Audio Manipulation” will bring together a panel of experts featuring Michael Hetrick, Mike Scheibinger and Sara Simms in a discussion also moderated by Womack, offering their take on software processing in their approaches to production, editing and mixing. Further aesthetical and societal roles of audio will be revealed in the session “Art Installation, Immersive Audio and Avant Garde Hip-Hop” featuring Jawwaad Taylor, Leslie Gaston-Bird and others to be announced, as they look at new venues of opportunity to create enhanced sonic experiences, with a special look at Hip-Hop and R&B.

About Young Guru
Gimel “Young Guru” Keaton is a GRAMMY-nominated sound engineer to the stars, having worked closely with musical artists including Jay-Z, Notorious B.I.G., Beyoncé, Rihanna, Mariah Carey and Ludacris. His visual approach to sound-as-storytelling has him in demand at Google, MIT, USC, Red Bull, and more. He also scored the Warner Bros. film The Great Gatsby. An April 2015 Wall Street Journal profile called him “the most famous and successful engineer in the history of Hip-Hop.”