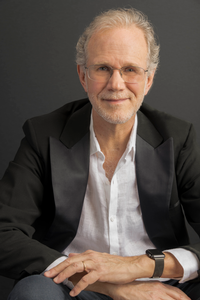 Marking his 50th year as audio professional, Bob Katz has recorded and mastered three Grammy-winning albums and several nominees. He masters all styles of music as president and mastering engineer at Digital Domain, Orlando, FL. In 1988, Bob became Technical Supervisor and recording engineer for audiophile label Chesky Records. He produced the world's first commercial oversampled recordings with his own custom-built implementation of the DBX ADC. His recordings for Chesky, made direct to 2-track digital, used minimalist miking, were acclaimed for their balance, depth, clarity and purity of tone. In 1997, he recorded the first 96 kHz/24-bit audio-only DVD. Bob was workshops Chairman of the AES 74th Convention, Facilities Chair of the 79th, and chaired the 1994 NY Section. He spent over a year with his colleagues on the AES Streaming Loudness subcommittee producing AES TD-1008: "Recommendations for Loudness of Internet Audio Streaming and On-Demand Distribution." His book, "Mastering Audio: The Art and the Science", in its third edition, has been translated to Chinese, German and Spanish. His book, "iTunes Music: Mastering High Resolution Audio Delivery", was released in 2013. He has also written numerous articles and presented many seminars around the world in three different languages. He has created several digital audio products and has invented and patented the K-stereo and K-Surround Processes, licensed to companies including Weiss Engineering, UAD and Z-Systems. Bob now creates headphone equalizations for Audeze headphones that emulate the sound and response of the loudspeakers in his mastering studio. These equalizations will appear in the Audeze Reveal plugin and in Weiss Engineering's 50X products. In 2016, Bob Katz was presented with the AES Fellowship Award in recognition of his outstanding contributions to the advancement of professional audio worldwide, over a sustained number of years.