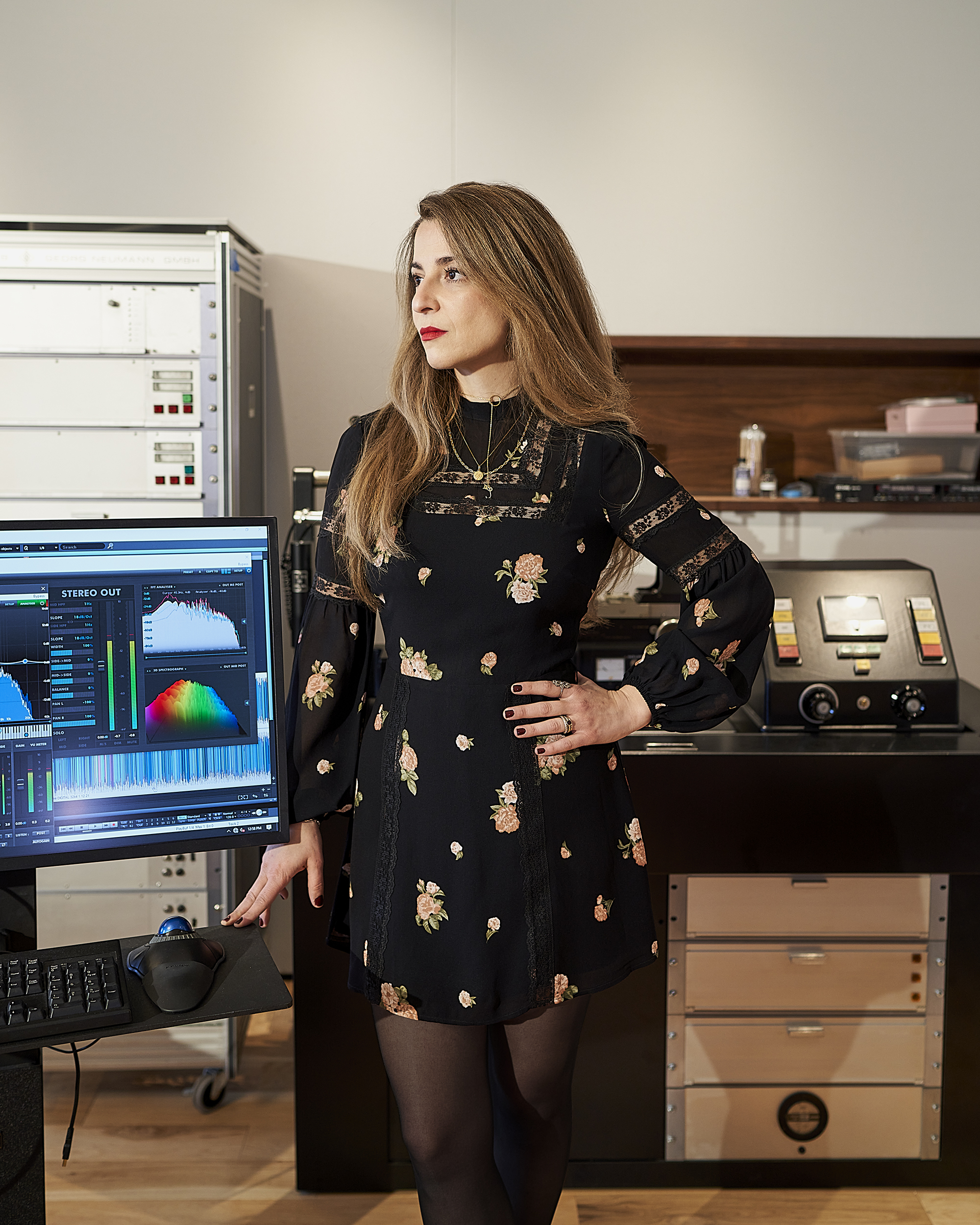 Born in Egypt, Heba Kadry grew up listening to early 90’s indie shoegaze records whenever she could get her hands on them. After graduating from The American University in Cairo, she got her start in audio by composing jingles at advertising agency J Walter Thompson in Cairo. After a 2 year stint in advertising, she moved to the US to study audio engineering at The Recording Workshop in Ohio. Next, Heba moved to Houston, Texas, where she accepted a position at SugarHill Recording Studios as recording engineer and studio manager. After a few years in Texas, Heba moved to New York in 2007 to focus on mastering and worked in Manhattan for a number of years until moving to Brooklyn in 2013 where she is now located. She has worked with notable artists such as Slowdive, Beach House, Nicolás Jaar, The Mars Volta, John Maus, Lucy Dacus, Animal Collective, Hayley Williams, Yaeji, Porches, Future Islands, Battles, Mykki Blanco, Deerhunter, Neon Indian, Big Thief, Alex G, serpentwithfeet, Diamanda Galás, Lightning Bolt and Explosions in the Sky. Since 2017, Heba has worked with acclaimed electronic artist and award winning film composer Ryuichi Sakamoto on many of his releases including the long awaited remaster of his albums “B2-Unit” and “BTTB” in addition to numerous film scores. Heba expanded her engineering role when she was handpicked by Björk to mix her masterpiece LP "Utopia” in both Iceland and at her studio location in Brooklyn. When Heba is not in the studio she is most likely spending way too much time obsessing about synth modulars and hanging out with her dog, Eno.