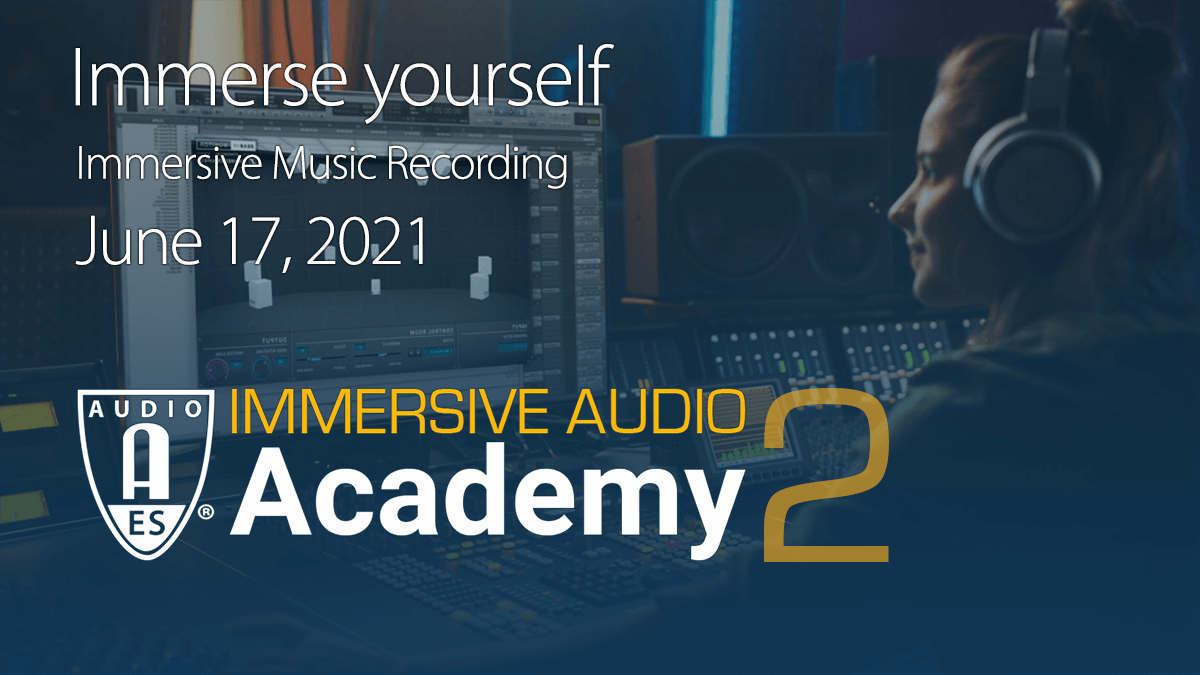 Welcome to the second in the AES Immersive Audio Academy series!

This one day online event focuses on the technology and solutions Immersive and Binaural Audio provides in music recording & production.

The AES Immersive Audio Academy will consist of workshop & partner sessions and together with a training masterclass.

The Immersive Audio Academy 2 will be streamed via Zoom and Audio Movers.

This is a live experience. The immersive and binaural content will only be available during the live sessions.

All other content (oral presentations, demonstrations, etc.) will be available for On Demand viewing. 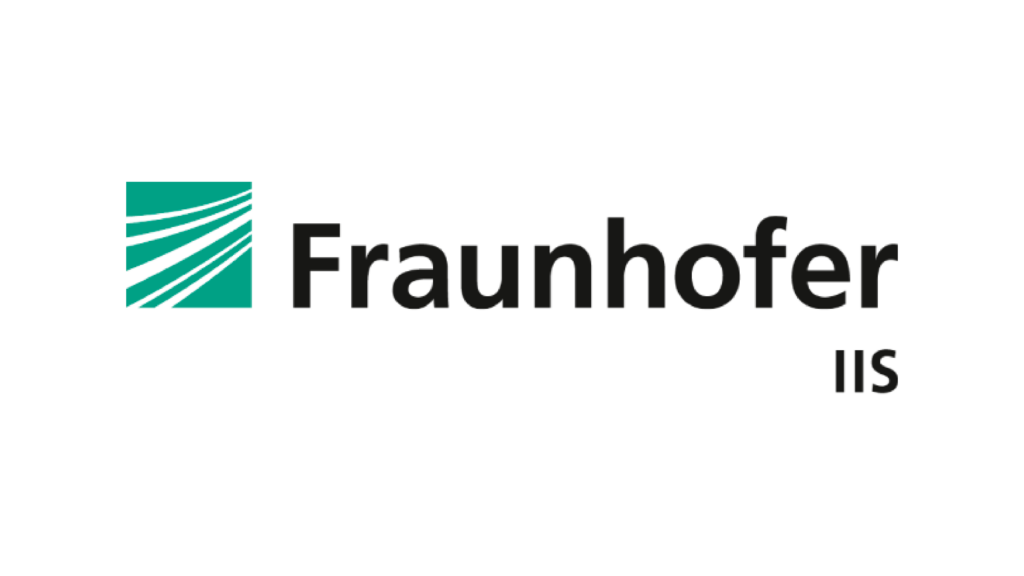 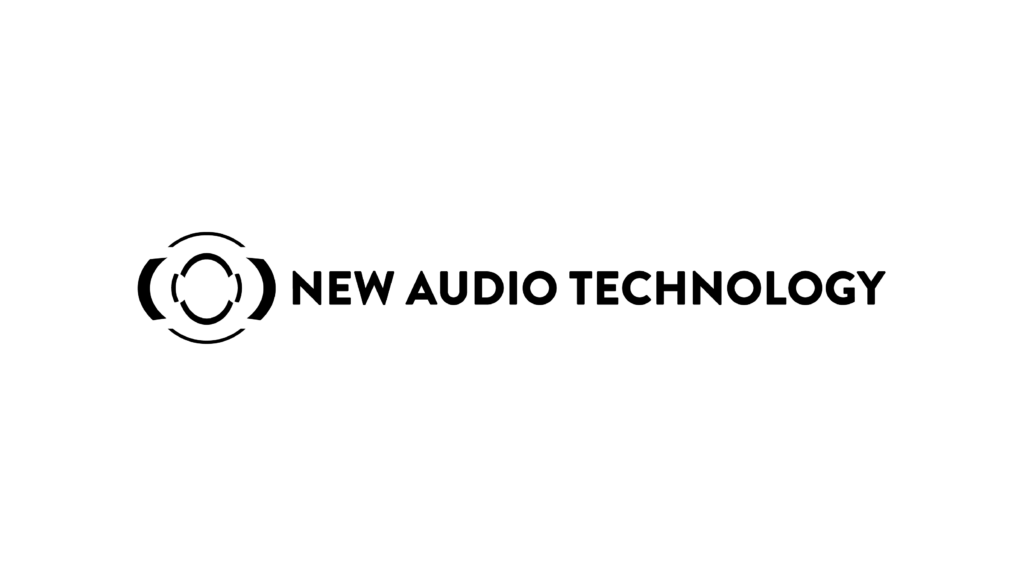 Contact Graham Kirk to be a Key Partner of the next AES Immersive Academy events: graham.kirk@aes.org

9:15 - 10:15
EDT: Preserving the Artistic Intent in Immersive Music
This session will highlight ideas on how to achieve that goal and some additional topics that creators need to take into account when choosing tools or a specific delivery format like Auro-3D or Dolby Atmos. The panelists will share their views on important aspects of working in Immersive Audio formats based on their experiences. Using the right workflow delivers not only a much more efficient way of working but also a means to easily extract different delivery formats while maximizing, in each of those formats, the audio quality and the immersive impact as intended by the creators. With Frank Filipetti, Darcy Proper, Wilfried Van Baelen and Thomas Walravens.

10:45 - 12:15
EDT: Immersive in Classical Music
Please join us for “Immersive in Classical Music” – a session discussing and demonstrating recording and mixing techniques for immersive projects as well as offering practical advice for helping clients choose which of the many immersive formats available will serve their music best. Presented by renowned recording engineers/producers Malgorzata Albinska-Frank, Kseniya Kawko, and Ulrike Schwarz and moderated by mastering engineer, Darcy Proper.

12:15 - 1:45
Getting Higher Quality in Immersive Audio
In this session, we will address a key issue: how to get high quality sound when you go 360. Immersive audio specialists George Massenburg, Eric Schilling and Ceri Thomas will bring their expertise to the table and show real life examples from their own projects. Be prepared to use your headphones! 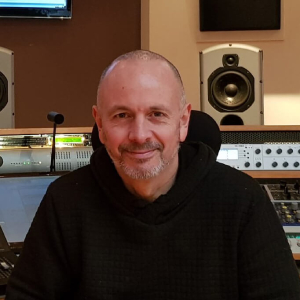 Andres Mayo (Chair)
Andres Mayo Immersive Audio
Andrés Mayo, former President of the AES (Audio Engineering Society), is an audio engineer and music producer who has pioneered the art of mastering since 1992. He boasts credits in more than 3,000 albums released in all formats, from vinyl through BluRay. Andres co-chaired the first AES Conference on Audio for Virtual and Augmented Reality (AVAR), held in Los Angeles in 2016, and since then he has been working tirelessly (together with fellow engineer Martin Muscatello) in the development of techniques and workflows for immersive music production. Andres Mayo Immersive Audio boasts a Dolby Atmos - Neumann room and caters for all sorts of deliverables, from 360° podcasts and commercial ads through documentaries and music productions. Member of the P&E Wing Advisory Council at NARAS, Andres is a 2-time GRAMMY and 7-time Gardel Award winner. 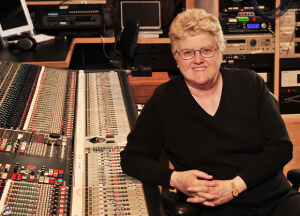 Leslie Ann Jones
Director of Music Recording and Scoring, Skywalker Sound
Leslie Ann Jones has been a recording and mixing engineer for over 40 years. Starting her career at ABC Recording Studios in Los Angeles in 1975, she moved to San Francisco in 1978 to accept a staff position at the legendary Automatt Recording Studios. From 1987 to 1997 she was a staff engineer at Capitol Studios located in the historic Capitol Records Tower in Hollywood. In February of 1997 she returned to Northern California to accept a position as Director of Music Recording and Scoring with Skywalker Sound, where she continues her engineering career recording orchestral scores, mixing film and video elements and recording and producing music albums. Leslie is a past Chair of The Recording Academy’s Board of Trustees, serves on several advisory boards, and has been both a trailblazer and role model for women in a field largely dominated by men. 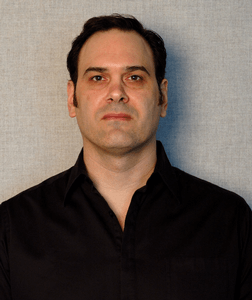 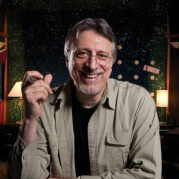 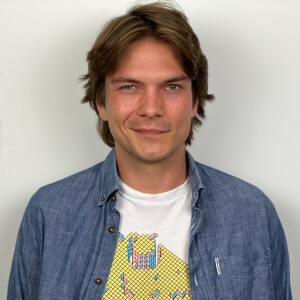 Thomas Walravens
Thomas Walravens is a Belgian sound engineer, music producer and mixer. After specializing in applied sound for interactive media at the University of Westminster in London, he contributed his expertise to various audio-visual projects in the TV, Music and Cinema industries while teaching sound engineering at the SAE institute of Brussels for four years. He then joined a team of software developers working on mixing solutions for immersive sound as an audio testing engineer at AURO-Technologies. 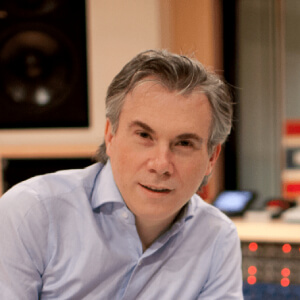 Wilfried Van Baelen
MD Auro Technologies, CEO Galaxy Studios
Wilfried Van Baelen, founder of Galaxy Studios and Auro Technologies, is a renowned pioneer in the production of high-end Surround Sound for both music and film. He revolutionized the audio industry with his AURO-3D format, the first ever 3D Audio format with an end-to-end solution for all audio markets. Wilfried also coined “Immersive Sound” and “Immersive Audio” as the new generic term for “Surround sound with Height” adding the missing and final dimension in sound recording and reproduction. Wilfried is today CEO and MD of Galaxy Studios Group, Executive Chairman and MD of Auro Technologies. 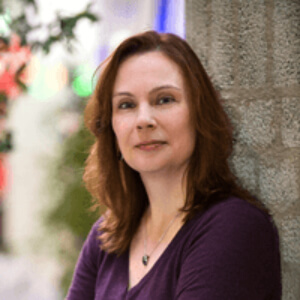 Darcy Proper
Proper Prent Sound LLC
Darcy began her career at Sony Music Studios in New York City in the Classical Department, later focusing her skills on mastering and broadening her musical scope to include all genres from historical reissues to cutting-edge surround releases. In 2005, she moved to Europe serving as Senior Mastering Engineer at Galaxy Studios in Belgium for several years before moving on to Wisseloord Studios in the Netherlands where she currently bases her mastering business. 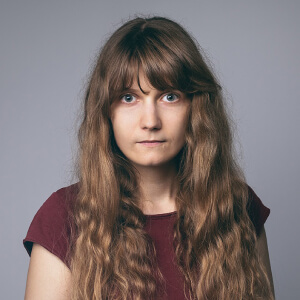 Kseniya Kawko
Kseniya Kawko is a freelance producer and recording engineer specialized in classical music and jazz. Master of Music McGill University, Master student of the Tonmeister program at the Erich-Thienhaus-Institut in Detmold, winner of multiple AES Student Recording competitions, the recipient of the 2018 Bruce Swedien Award “Music First!” (AES Educational Foundation) and John R.E. Bradley Prize. From 2017 immersive audio is an important part of Kseniya’s professional activity. Her experience includes recording and mixing in formats like Auro-3D, Ambisonics, Dolby Atmos and Binaural. The results of her work in the field of 3D audio appeared as presentations at the conferences of the German Association for Audio Professionals, as well as publications in VDT Magazin and Pro Sound Japan. 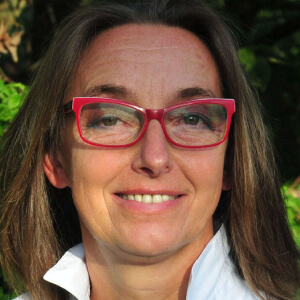 Malgorzata Albinska-Frank
Frank polish sound engineer and music producer. After graduating in music production and sound engineering from the Fryderyk Chopin Music Academy in Warsaw, she began her career as a freelance sound engineer and music producer. Works with internationally known musicians for various music companies, music festivals and radio stations in Switzerland, Germany, Austria and Italy. She also teaches recording techniques at the Music Academy in Basel / Switzerland. Following her fascination with the classical music, acoustic and acoustical sound of the instruments, she specialised her work on recording and producing music from the Middle Ages through Classic till Contemporary Music. In addition to the competence, her clients appreciate mostly subtle sense of hearing, sensibility in order of sound and artistic performance. Her productions distinguish high sound quality as well as musicality. 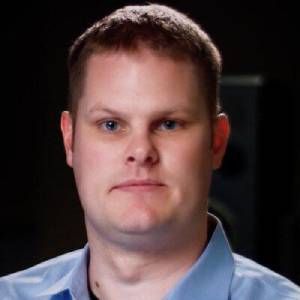 Ceri Thomas
Content and Studio Enablement, Dolby Music/Dolby Laboratories
Following 15 years in the film and television industries, Ceri joined Dolby as part of their VR program. He is now responsible for content and studio enablement for Dolby Music and is based out of Los Angeles. 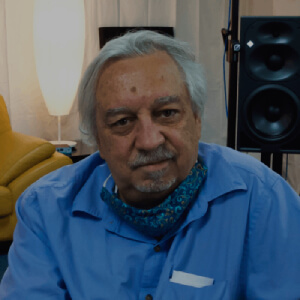 Eric Schilling
Audio Engineer
Eric started his audio career at the age of 16 in community radio doing radio production. At 19 years of age he became an assistant recording engineer at the Record Plant Studios in Sausalito Ca. Over the course his career he has worked with Sly Stone, Fleetwood Mac, Natalie Cole, David Bowie, Alicia Keys, Madonna, Gloria Estefan, Shakira, and Arturo Sandoval. Eric continues to work on record projects and has expanded his work to immersive audio mixing and broadcast music mixing for such shows as the Grammy awards. He has won 4 Grammy’s and 6 prime time Emmy’s. 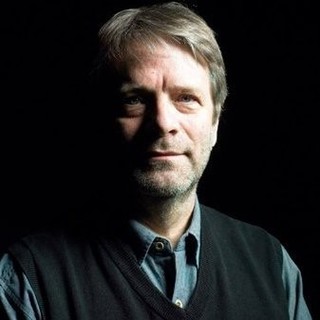 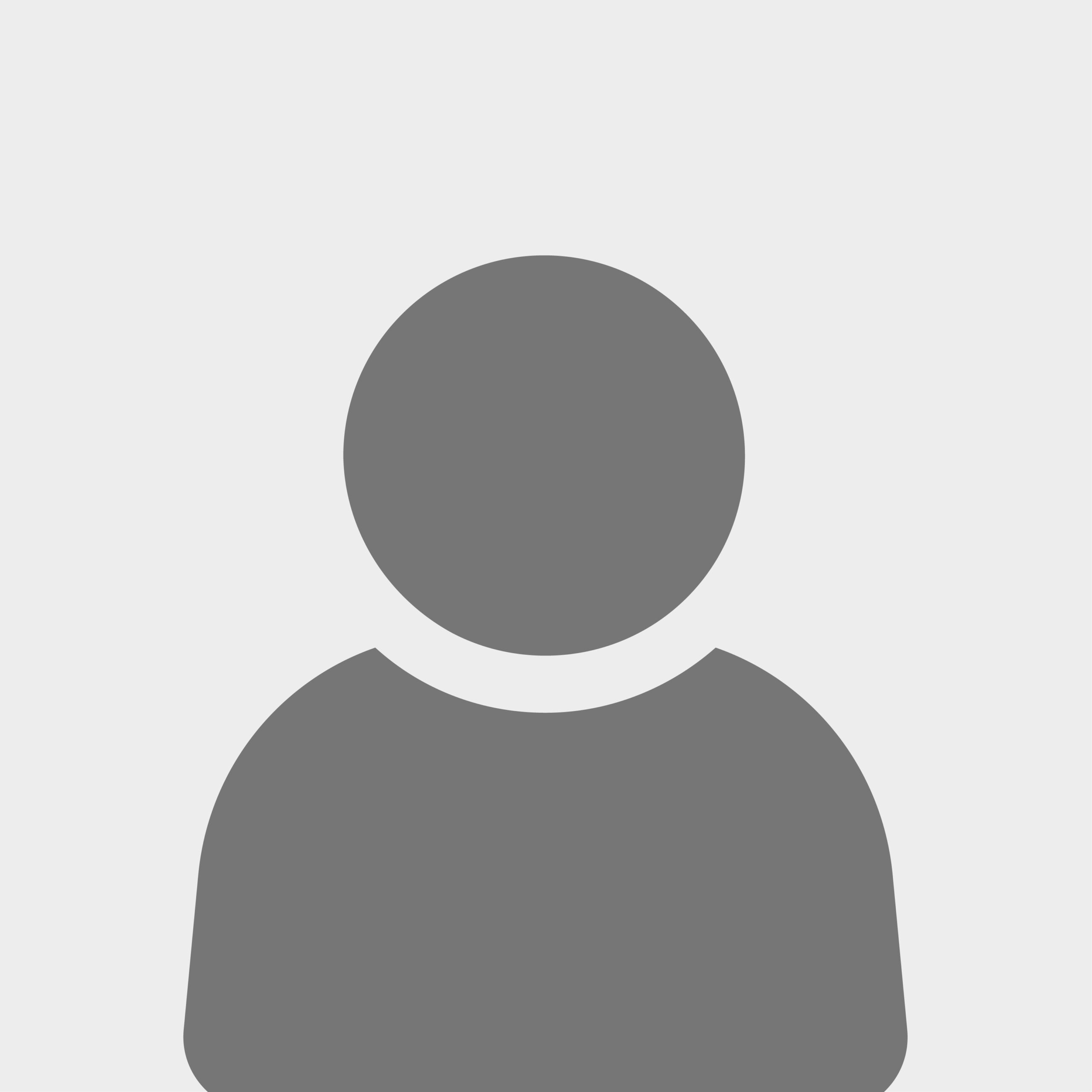 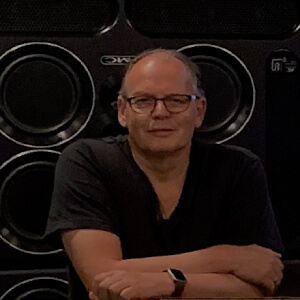 Ronald Prent
Ronald Prent started his career at Wisseloord Studios in the Netherlands in 1980 as an inexperienced assistant and has since established himself as one of the most accomplished and innovative recording & mix engineers in the world. In the early years of surround sound, Ronald was a “test pilot” for Sony & Philips’ DSD/SACD format and many of the projects that he mixed in those days are still held up as benchmark examples of creative surround mixing. Ronald has now expanded into immersive sound, pioneering in mixing and playing a key role in the development of new technology used in progressive formats such as Auro3D, Dolby Atmos, and Sony360RA. Some of his recent projects include immersive releases for artists Ozark Henry, Tiësto, Prash Mistry, and Giveon. His efforts were rewarded with a nomination for a Grammy Award for Best Immersive album in 2018. Not one to be limited to the studio, Ronald also puts his talents to work in live broadcast, mixing live in stereo and surround/immersive for chart-topping clients around the world.